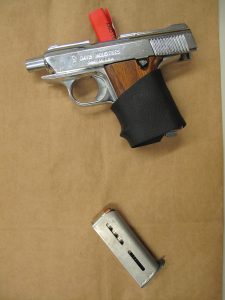 At approximately 12:20 a.m. on February 16, 2019, the Santa Barbara County Public Safety Dispatch Center received a 911 call reporting suspicious persons parked in the area of Lorraine Avenue and East Rice Ranch Road. The area has been the subject of burglaries recently and residents were concerned.

When Deputies arrived on scene, a juvenile occupant attempted unsuccessfully to flee and was found to have a loaded handgun concealed in his clothing.

The 17-year old suspect was detained, medically cleared due to drinking alcohol, and booked into Juvenile Hall in Santa Maria on charges of Obstructing a Peace Officer and Prohibited Person Carrying a Loaded Handgun in Public. Due to his age, his name is being withheld. 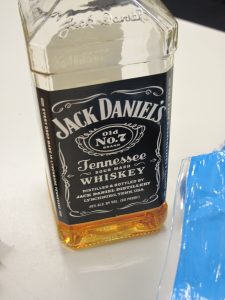 The adult, identified as 19-year-old Carlos Morales Diaz of Guadalupe was transported to the Santa Barbara Main Jail and booked on charges of Contributing to the Delinquency of a Minor, Under 21 in Possession of Alcohol, and Driving without a License with a bail of $2,500.

The Sheriff’s Office appreciates the assistance of the community that resulted in a successful apprehension and firearm recovery. Without the support of the communities we serve and protect, incidents such as these would not be possible. There are several ways the community can report crimes by either calling 911 or for non-emergencies, (805) 683-2724 or on our website at www.sbsheriff.org under the “Contact Us” tab on our homepage.