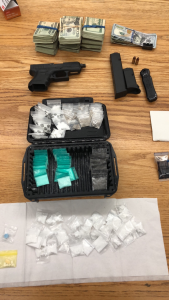 Just before midnight on May 29, 2018, Sheriff’s deputies responded to a report of a domestic disturbance at the ampm convenience store located in the 1100 block of Casitas Pass Rd. in Carpinteria. The disturbance reportedly involved a male and female associated with a silver Lexus. When deputies arrived on scene, they contacted 34-year-old Deshawn McDougal and 25-year-old Iryna Melnyk, both from San Francisco.

During the investigation, deputies conducted a search of the vehicle. During the search, deputies located a loaded Glock 40 cal. handgun with a threaded barrel, a high capacity magazine, a black case containing approximately 24 grams of MDMA (Ecstasy/Molly) packaged in gram baggies, 5.13 oz of cocaine packaged in 1 gram and 3.5 gram baggies, and more than $12,000 dollars in cash. 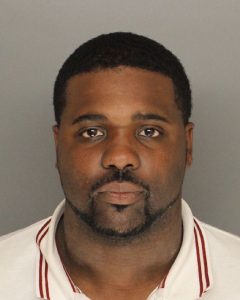 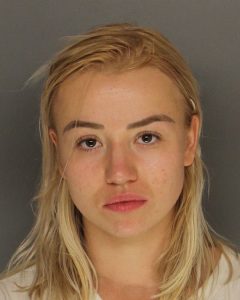 Sheriff’s Narcotics Detectives responded to the scene and conducted a narcotics sales investigation. Through the course of the investigation, detectives determined both McDougal and Melnyk were actively involved in the sales of controlled substances.