Another Safe and Uneventful Halloween in Isla Vista 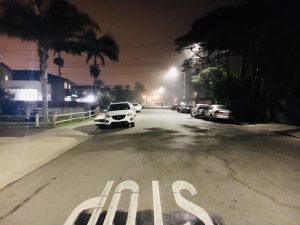 The Santa Barbara County Sheriff’s Office is pleased to report that, for the fifth year in a row, Halloween in Isla Vista was safe and uneventful.  Isla Vista has historically attracted large crowds the night of Halloween and the weekend prior; this year Halloween was last night on a Wednesday. The attendance this year over the six-day period from Friday through Wednesday was significantly less than a typical weekend in Isla Vista.  The partygoers were mostly locals and the only large crowd that gathered was on Saturday night outside the Thunderdome, where students lined up to attend a UCSB student-only concert.

Not only has the attendance declined each year over the past several years, so has the number of arrests, citations and medical transports.  Please note when reviewing the numbers that the days of the Halloween Operation in Isla Vista differ each year.  The arrest and citation numbers include both Santa Barbara County Sheriff’s Office and University of California Police Department statistics.

The Sheriff’s Office wants to once again thank the students of UCSB and Santa Barbara City College for keeping the celebration local and not inviting out of towners.  We appreciate their ongoing cooperation and willingness to help protect their community and keep it safe.  Thank you as well to all of the Isla Vista stakeholders and the Isla Vista Safe Committee who have worked together the past several years to promote a sense of pride and accountability for the reputation of the community.  The Sheriff’s Office also appreciates the support from the Isla Vista community, including property owners and managers. 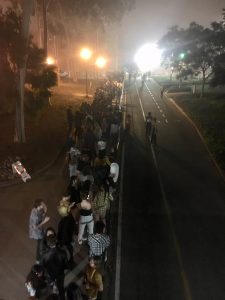 The University sponsored concert was helpful also by providing an alternative to partying and promoted a locals-only vibe.  The Festival Ordinance which prohibits amplified music and strict parking restrictions also played a key role in discouraging out-of-towners from coming to the area.  The Sheriff’s Office appreciates the City of Goleta for once again enacting resident-only parking restrictions in Isla Vista adjacent areas.

Due to a reduction in crowds and incidents over the past several years, the Sheriff’s Office was able to reduce the number of law enforcement and other resources again this year for the Halloween Operation.  Despite the decrease in Sheriff’s deputies and UCPD officers from previous years, there was still a strong law enforcement presence, which the Sheriff’s Office believes is important to ensure the safety of the community.

The Sheriff’s Office wants to recognize and appreciate our first responders for their collaboration and dedication to keep Isla Vista safe.