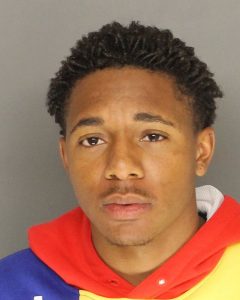 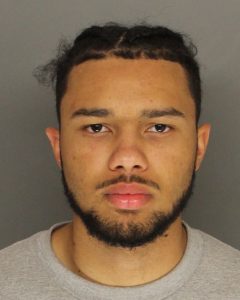 At approximately 11:00 pm, on April 7, 2019, a UCSB Police Sergeant noticed a vehicle driving without lights in Isla Vista in the 6700 block of Sabado Tarde. The Sergeant conducted a traffic enforcement stop and noticed the vehicle had two occupants. The driver did not have any identification and the vehicle had a strong odor of marijuana emanating from within the vehicle.

While at the scene of the traffic stop, two victims approached Sheriff’s deputies to report that they had just been robbed in Isla Vista. One of the victims had been pistol whipped on his head and had a large laceration over his eye that was bleeding. The investigation revealed the suspects in that crime were the same suspects involved in the vehicle stop.

The Sheriff’s Office charges for both Francis and Harper include robbery, attempted robbery, conspiracy, possession of a loaded firearm and being a felon in possession of a firearm.  Harper is also booked on charges of assault with a deadly weapon.