On January 7, 2019, just after 9:00 a.m., Santa Barbara County Sheriff’s Deputies assigned to the Santa Maria Station responded to a residence in the 3500 block of Satinwood Road for a report of a man who broke into a room inside of a residence and stole several items.

According to the victim, he confronted the suspect, and then the suspect swung “a large log” at him. The suspect then fled from the house. Deputies searched the area and found the suspect standing near the corner of Sandalwood Drive and Myrtlewood Road, still holding a large piece of wood. The suspect was arrested at gunpoint and booked at Santa Barbara County Jail without incident.

The suspect is identified as 30-year-old Rafael Rayas. He was booked on Assault with a Deadly Weapon, Burglary, Possession of a dirk or dagger, and being a felon in possession of pepper spray. His bail is set at $50,000. 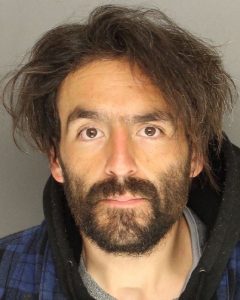