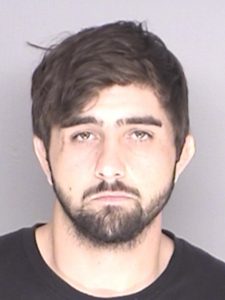 The Santa Barbara County Sheriff’s Office is requesting assistance from the public to help locate a Felony Domestic Battery and Elder Abuse suspect.

Castillo faces a number of criminal charges including burglary, assault with a deadly weapon, domestic battery, and elder abuse. Castillo has eluded law enforcement and assistance from the public in needed to locate him.

Castillo is a local mixed martial arts instructor. He has ties to Goleta, Santa Barbara, and the Los Angeles area. If you know Castillo’s whereabouts, please call the Sheriff’s Office 24-hours a day at 805-683-2724. To leave an anonymous tip, please call the tip line at 805-681-4171 or you can also leave an anonymous tip on our website: https://www.sbsheriff.org/home/anonymous-tip/