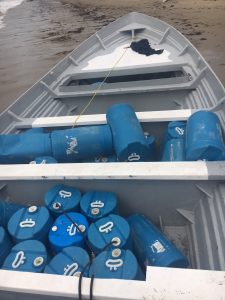 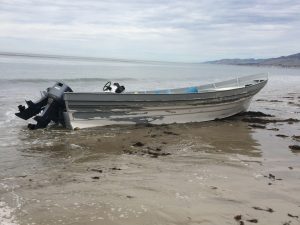 The 28-foot drug smuggling boat equipped with two motors had numerous barrels of fuel on board containing approximately 170 gallons of fuel.  Investigators searched the area and located evidence of clothing left behind but were not able to locate any suspects or drugs.