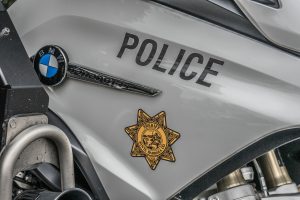 The Goleta Police Department will step up bicycle safety enforcement operations on April 11th with focused enforcement on collision-causing factors involving motorists and bike riders. Special patrols will be deployed to crack down on drivers and bicyclists who violate traffic laws meant to protect all roadway users.

The department has mapped out locations from over the past 3 years where bicycle involved collisions have occurred and noted the violations that led to those crashes.  Officers will be looking for violations made by drivers and bike riders alike that can lead to life changing injuries.

Bicycle fatalities are rising in California as more people use bicycling for commuting, exercise and recreation.  Locally, the Goleta Police Department has investigated 62 collisions involving bike riders during the past three (3) years.  Of those 62 collisions, 54 were injury collisions, one was a fatal collision and seven were non-injury collisions.

California witnessed 147 bicyclist deaths in 2016, accounting for over four percent of all traffic fatalities, much higher than the national average of over two percent.  Nationally, 70 percent of all bicyclists who died in motor vehicle crashes in 2015 died in urban area crashes.  Over a 10-year period (2006 to 2015), the average age of ­cyclists killed in motor vehicle crashes has steadily increased from 41 to 45.

The following safety tips can save lives and stop this tragedy witnessed far too often.

Funding for this program is provided by a grant from the California Office of Traffic Safety through the National Highway Traffic Safety Administration.