On April 24, 2019, the Santa Barbara County Sheriff’s Cannabis Compliance Team, with the assistance of the Santa Barbara County District Attorney’s office, the Sheriff’s Narcotics Team and the California Department of Fish and Wildlife, executed a search warrant in the 5800 block of Via Real. The warrant was served for an indoor commercial cannabis site. The search warrant was the result of a lengthy investigation involving an invalid cannabis license and numerous neighborhood complaints.  During this search warrant, detectives located approximately 35,000 cannabis plants in various stages of growth, clones and nearly 200 pounds of dried product. The facility also appeared to have an inoperable odor mitigation system and large commercial generators, which appeared to be used to offset the power required to operate the facility. Upon conclusion of the investigation, all planted cannabis was eradicated, and the dried product and other evidence was seized. 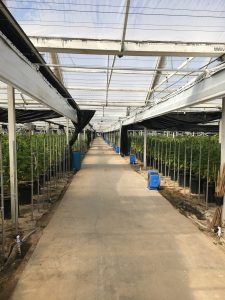 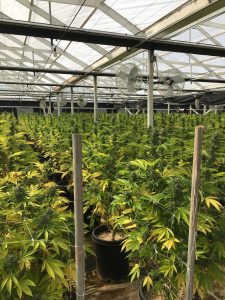 Following this warrant, a related search warrant was served on April 25, 2019 in the 2100 block of Sweeney Rd, just outside the City of Lompoc.  This site, which was related to the Via Real operation, was registered under a different name. Although no planted cannabis was located at that site, the location was being actively prepped for an approximate 29-acre outdoor cannabis grow.

The owner of the operation declined to meet with detectives at the time of the search warrant service, but a court date for his mandatory appearance was provided to his attorney’s office.  Due to the active nature of this investigation, no further information will be released.