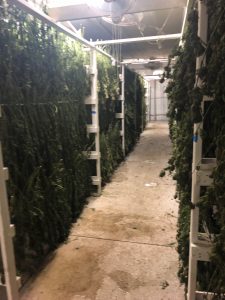 On January 31, 2019, the Santa Barbara County Sheriff’s Cannabis Compliance Team concluded a four-month investigation into a local cannabis cultivator, operating under the name of Power Farms LLC, which is located just outside the City of Carpinteria. During this investigation, which spanned two counties and involved three separate search warrants, Detectives discovered one of the owners, whose name is being withheld due to the ongoing investigation, had provided false information during the county cannabis application process and was failing to follow proper shipping and manifest procedures. The owners’s Los Angeles County home, was served with a search warrant. There, Detectives seized several unregistered firearms, two which were reported stolen, as well as approximately 60 pounds of processed and packaged marijuana taken from Power Farms. They also seized thousands of dollars in cash and other items of evidence. 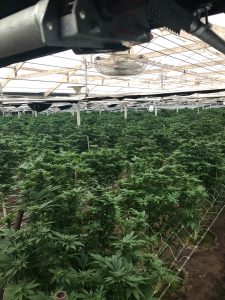 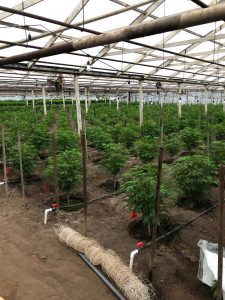 This investigation culminated in the voluntary surrender of the owner’s state temporary cannabis license, which resulted in detectives from the Cannabis Compliance Team, Special Investigations Bureau, District Attorney’s Office, and Game Wardens from the California Department of Fish and Wildlife, eradicating and removing illegal cannabis from Power Farms as they no longer had a valid state permit to cultivate or possess commercial cannabis. Approximately 22,420 cannabis plants were eradicated from three separate green houses and approximately 1,420 pounds of dried / drying cannabis were seized. 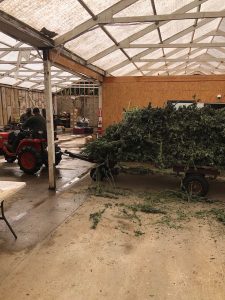 The Santa Barbara County Cannabis Compliance Team was founded in June of 2018 and consists of personnel from many disciplines within a variety of county departments. The team primarily focuses on unlicensed and illegal cannabis operations within the county and the safety of the public.