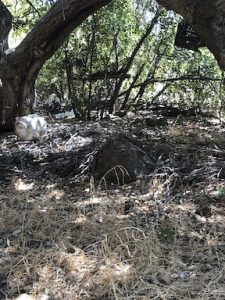 The purpose of the warrant was to identify and eradicate illegal marijuana growth as well as to stop and deter environmental damages created by these illegal operations. Unauthorized rural marijuana grows are not only a violation of criminal law, but also several environmental laws related to conservation and water ways. Some of the damages caused by illegal marijuana grows are related to damming and diverting water from natural waterways, contamination of lands by outlawed poisons such as carbofuran, and increased fire risk from make shift stoves, fires and other flammables. When these grows have run their operational cycle they are often abandoned, leaving behind trash and hazardous materials.

During this warrant service, detectives and agents eradicated approximately 4,000 illegal marijuana plants. While doing so, personnel encounter dangerous chemicals that pose a significant risk of death if ingested. Due to these chemical hazards, detectives were unable to conduct a reclamation mission to clean up the hazards. Detectives are coordinating with the United States Forest Service for assistance with clean-up.

No suspects were encountered during this operation and the investigation is continuing. 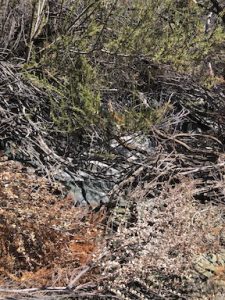 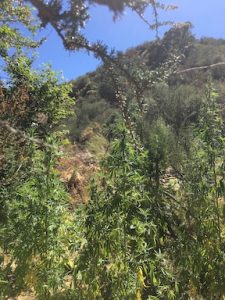