Deputies Arrest Woman for Assault with a Deadly Weapon 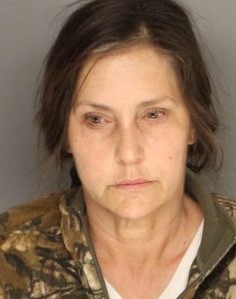 Santa Ynez – A Santa Ynez woman is in custody at the Santa Barbara County Jail after she used her vehicle as a weapon in an assault on one of her neighbors. On March 24th at about 8:30 p.m., deputies from the Central Stations received a phone call from a man who claimed he was the victim of a hit and run. The victim claimed one of his neighbors, 57-year-old Julia Di Sieno, followed him in her truck from her residence on Carriage Drive to the El Rancho Market, in Santa Ynez. After the victim got out of his car, Di Sieno drove her truck toward him, striking him on the shoulder with the side mirror of her vehicle.  Di Sieno then fled from the scene. During investigation, video evidence and witness statements corroborated the victim’s account of what occurred. The victim was not injured and he declined any medical treatment. Sheriff’s deputies attempted to contact Di Sieno at her residence; however, they were unsuccessful.

On March 25th at about 10:30 a.m., deputies contacted Di Sieno as she was leaving her home.  Di Sieno was arrested for a violation of California Penal Code § 245(a)(1), Assault with a Deadly weapon (vehicle).  Di Sieno was booked into Santa Barbara County Jail without incident on $30,000 dollar bail.