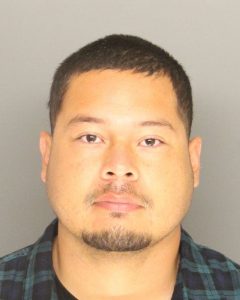 Goleta, Calif. – Detectives have arrested the suspect from the assault with a deadly weapon that occurred at 10:00 a.m. on Saturday, October 31, 2020 at the corner of Hollister and Kellogg. At 4:17 p.m. yesterday, 26-year-old Uriel Blanco of Santa Barbara was arrested in the area of N. Milpas and E. Mason on a warrant for assault with a deadly weapon (felony), inflicting great bodily injury (felony), and attempted murder. Blanco is being held at the Main Jail on $1,000,000 bail.

The victim was assaulted with a knife, sustained serious injuries, and has since been released from the hospital.