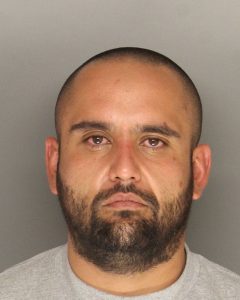 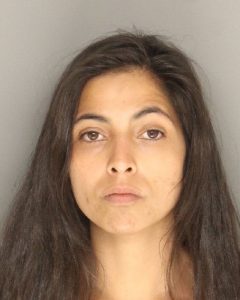 Santa Maria, Calif. – At approximately 11:00 a.m. 5/19/2020, detectives arrested two suspects in Bakersfield for a gas station robbery in Santa Maria. On Friday, May 15, 2020, at approximately 6:42 p.m. deputies responded to a 911 call from a gas station in the 1200-block of East Betteravia Road. The caller reported that the gas station had just been robbed by two suspects who fled the area in a vehicle. Deputies checked the area for the suspects and their vehicle but were unable to locate them. The suspect’s description was broadcast to area agencies and an initial report was taken. A San Luis Obispo Sheriff’s deputy heard the broadcast description, recognized that it was similar to a theft case in their jurisdiction, and connected with deputies to share information.

The case was then forwarded to detectives who immediately began follow-up. With the assistance of the San Luis Obispo Sheriff’s Office, detectives were able to identify the two suspects as 30-year-old Emanuel Ochoa of Santa Maria and 24-year-old Brandy Baldivia of Guadalupe. Detectives tracked the two suspects to the Bakersfield area and authored a search and arrest warrant for the hotel room where they were staying at in the 2300-block of Wible Road.

Santa Barbara Sheriff’s detectives are coordinating efforts with the San Luis Obispo Sheriff’s Office and the Pismo Beach Police Department who are all investigating similar cases.