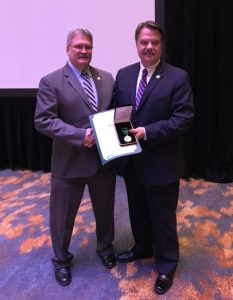 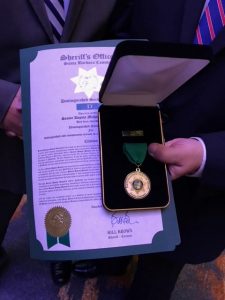 In 2007, Senior Deputy Durant was placed on full-release to PORAC and since then he has spent much of his time living and working in Sacramento. In 2013, Senior Deputy Durant was unanimously elected President of PORAC, and he has served continuously in that position until now. In his executive role with PORAC he leads an organization representing more than 70,000 peace officers, the largest of its kind in California.

For the past 12 years, Senior Deputy Durant has educated state and federal legislators about the necessary tools for California law enforcement to be successful in their mission to keep communities safe. He has played an integral part in the passage of numerous pieces of legislation that have helped improve public safety in California and throughout the nation.

Senior Deputy Michael G. Durant was awarded the Santa Barbara County Sheriff’s Office Distinguished Service Medal, for his lengthy and exceptional service in a position of great responsibility, and for his many contributions to California’s law enforcement profession, to the Peace Officers Research Association of California, and to the Santa Barbara Sheriff’s Office.