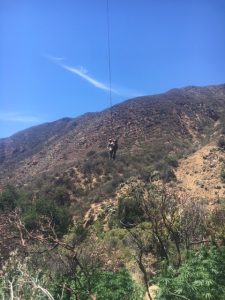 For more than 25 years, the Santa Barbara County Sheriff’s Office has received  federal grant funding through the Domestic Cannabis Eradication Suppression Program, administered by the U.S. Drug Enforcement Administration (DEA).  The purpose of the grant is to provide financial assistance to local law enforcement agencies to help eradicate illegal marijuana cultivation sites.  Now that the federal fiscal year funding has concluded, the Sheriff’s Office is releasing the results of the eradication efforts conducted utilizing the grant funding. The Sheriff’s Office eradicated a total of nine different marijuana fields in the Los Padres National Forest which included a total plant count of 101,752 marijuana plants. All the plants were destroyed.  These fields covered numerous acres of land off the Sierra Madre Road area of the National Forest. 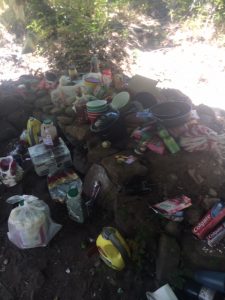 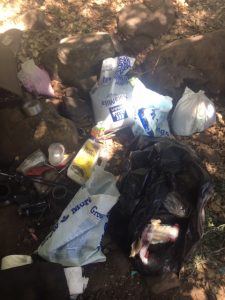 During these eradication efforts, detectives from the Special Investigations Bureau discovered numerous camps where the suspects lived while tending the plants.  Within these camps, detectives discovered thousands of pounds of trash, human waste, toxic chemicals, camping equipment, and food.  A total of ten weapons were also found including one .22 caliber rifle and nine high powered pellet rifles.  No suspects were found during these eradication efforts and it is assumed that based on the rugged area where the fields were located, these suspects fled the opposite direction when they heard detectives entering the area.  Based on the type of operations taking place and the items found, it is believed that these grows were organized and operated by suspects associated with Drug Cartels out of Mexico. 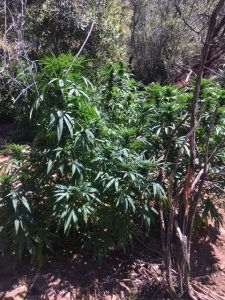 In an effort to protect our communities and the environment, the Sheriff’s Office will continue to search and eradicate illegal marijuana cultivation sites on public lands within the county.  The suspects who cultivate marijuana on public lands cause significant environmental damage to the land including disturbance of natural stream beds, killing of indigenous plant species and animals and destabilization of soil causing erosion.  Persons engaged in the unlawful cultivation of marijuana are also known to use banned chemical pesticides and herbicides, cause fire hazards and there can also be violence  associated with the sites.

The Sheriff’s Office was assisted by members of California’s Campaign Against Marijuana Planting (CAMP) which is a statewide team comprised of United States Forest Service, California National Guard, and State Fish and Wildlife personnel. 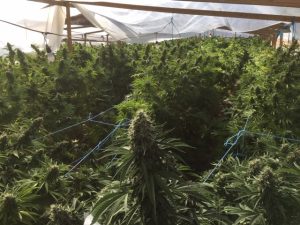