Five suspects associated with a stabbing at Goleta Beach one month ago were arrested yesterday, October 17, 2017 in the Goleta area.  Just after 5:00 p.m. on September 16, 2017, a 30-year-old male Goleta resident was stabbed multiple times near the restrooms at Goleta Beach.  He self-transported to the hospital prior to law enforcement’s arrival and suffered non-life threatening injuries.

Following the assault, a group of subjects fled the area and attempted to hide from law enforcement.  The Sheriff’s K-9 Unit and Santa Barbara County Sheriff/Fire Air Support Unit assisted in locating the suspects. Several were located hiding in the slough area near Highway 217 and others were located near the UCSB campus. A total of six people were detained but at the time, no arrests were made.  Sheriff’s detectives with the Special Investigations Bureau launched an investigation to determine the circumstances surrounding the incident and the level of involvement of those individuals associated with the crime.

On October 17, Sheriff’s detectives with the Sheriff’s Special Investigations Bureau and the Criminal Investigations Division conducted search/arrest warrants at six separate locations throughout Santa Barbara County.  Five male subjects were arrested, four of which were juveniles ages ranging from 15 to 17.   The adult, 21-year-old Christian Catalan of Goleta, was arrested and booked into the Santa Barbara County Jail on charges of assault with a deadly weapon, assault causing great bodily injury and gang participation allegations.

This incident is believed to be gang related and the investigation is ongoing. The Sheriff’s Office is requesting anyone with information to call 805-681-4150 or to leave an anonymous tip please call 805-681-4171. You can also go to our website https://www.sbsheriff.org/anonymoustips.html. 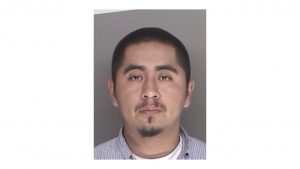