UPDATE to Missing Hiker Search July 30, 2019, 1120 AM
Mr Welch has been located alive near a remote area known as Fish Camp. Earlier this morning search teams reached a sign in book, called a trail register, placed for travelers to record their journey. It was determined that Mr. Welch had signed the register. The location is approximately two-thirds of the way from the beginning of the hike which greatly reduced the primary search area.

Starting at sun rise, search teams were deployed at several points along the trail, including the teams that spent the night in the wilderness. Several of the teams had to be deployed into the area by helicopter due to the remote and extreme terrain.

At approximately 11:20 AM, one of the teams located Mr. Welch. He was extracted by helicopter and flown to Cottage Hospital with signs of dehydration and heat exhaustion. His dog, Davie, was in good health and walked out of the area with the search team. He will be checked by a Veterinarian who is at the scene of the incident, before being reunited with the family. Mr. Welch had covered approximately 38 miles of the 40-mile journey. The excessive heat may have been a contributing factor in this incident.

The Incident Commander of the search commended Mr. Welch for contributing to his own rescue. He provided his route and expected duration to a family member before his departure. He utilized the trail registers posted along the trail which allowed search teams to narrow their search area. The Incident Commander stated that one of Mr. Welch’s biggest advantages was maintaining a positive attitude during the unexpected turn of events.

The Santa Barbara County Search and Rescue team is an all-volunteer group whose members train, practice skills and maintain equipment required to conduct search and recue operations in a variety of environments. Although specializing in locating people in the back country, they are trained and respond to swift water rescues, alpine operations, tracking, and are highly trained in technical rope rescue. The team has maintained membership in the Mountain Rescue Association for over 35 years.

As in the case of this incident, even the most experienced hiker can fall victim to unplanned weather changes, dangerous animals or other hazards. Hiking safety tips can be found on the Santa Barbara Search and Rescue webpage at www.sbsar.net 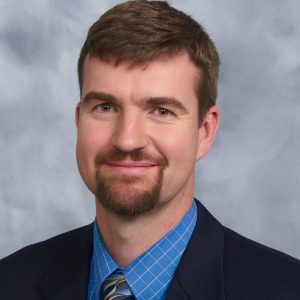 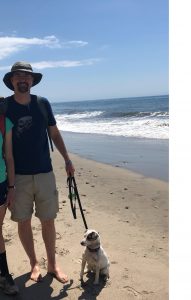 The Santa Barbara Sheriff’s Search and Rescue Team is currently involved in a search for an overdue hiker reported Sunday evening. 46-year-old Wesley (Wes) Welch of Santa Barbara, with his dog Davie,  left for a 40-mile hike in the Sisquoc Canyon area of the Los Padres National Forest and San Rafael Wilderness early Friday morning July 26, 2019 and was expected to return Sunday evening, July 28, 2019.

By dusk on the evening of Sunday July 28, a family member had not heard from Mr. Welch and notified the Santa Barbara Sheriff’s Office that he was overdue on his planned hike. Mr. Welch provided his family member with his planned route and expected time of return in advance of his departure.

The Santa Barbara County Sheriff’s Search and Rescue Team was notified and responded to the area. Mr. Welch’s vehicle was located at the Manzana Trailhead a little after midnight, indicating he may still be on the trail. A search plan was developed and Search and Rescue members were notified of the upcoming search for Mr. Welch.

At approximately 5:00 AM, Monday morning the Santa Barbara Sheriff’s Search and Rescue Team began the search for Mr. Welch. 17 SAR members, several patrol deputies, some on ATV’s, and a helicopter searched the route Mr. Welch provided to his family member. Mr. Welch was not located and team members continued following the 40-mile trail throughout the day.

Due to darkness the search was suspended, however teams were inserted by helicopter to spend the night in the wilderness area and resume the search at first light. Additionally, a request was made to adjoining agencies for a helicopter/plane equipped with night vision to conduct a search during darkness in an attempt to locate Mr. Welch.

A request has been made to the California Office of Emergency Services for an additional 40 search members and additional helicopters to resume the search on Tuesday, July 30. 2019.

This incident will be updated as information becomes available.