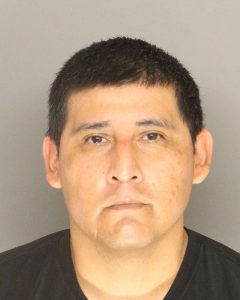 Santa Maria, Calif.  – An officer with the Department of Hospital Police has been arrested for numerous charges including narcotic and weapons violations. Yesterday, at approximately 5:05 p.m., Sheriff’s detectives arrested 36-year-old Leonel Lazaro of Santa Maria on a Ramey warrant near the intersection of College and Park. The Ramey warrant was issued based on an ongoing investigation led by detectives from the Special Investigation Bureau.