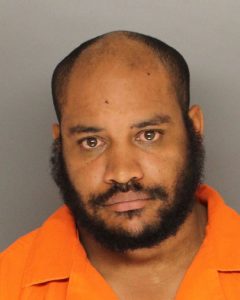 The Santa Barbara County Sheriff’s Office is releasing additional details regarding a  stabbing that occurred yesterday, March 9, 2018 at a Vandenberg Village residence in Lompoc.  The victim, a 71-year-old male, is in an area hospital recovering from multiple stab wounds.  31-year-old Jacob Salter, was detained at the scene and subsequently arrested.  He is booked at the Santa Barbara County Jail on charges of attempted murder.

Sheriff’s detectives with the Criminal Investigations Division are investigating the circumstances surrounding the incident.  While it is still early in the investigation, it appears the suspect and the victim both live at the residence.  A family member called 9-1-1 at approximately 4:35 p.m. on March 9, 2018 to report the stabbing. When deputies arrived at the home located in the 700 block of Mercury Avenue, they located both the victim and the suspect. The motivation for the attack is still under investigation.

Salter is being held on one million dollars bail and is scheduled to appear in court for his arraignment on March 12, 2018.