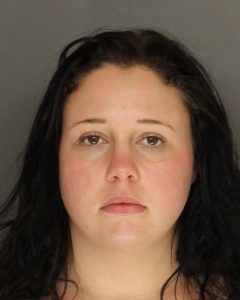 On July 15, 2018, 18-year-old Mariah Lyons of Lompoc entered the Santa Barbara County Sheriff’s Main Jail facility on narcotic related charges. Santa Barbara Sheriff’s Patrol Deputies called the Classification Unit and advised that Lyons may be concealing more contraband on or in her person. Lyons was removed from a holding cell and escorted to the medical treatment room in the Inmate Reception Center. Custody Deputies informed Lyons that they believed she was concealing contraband on or in her person and was instructed to give the contraband up immediately. Lyons removed a large packet of what appeared to be drugs from inside of her person. Upon further investigation, the packet was found to be concealing three baggies of a substance. 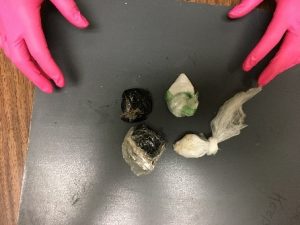 The Santa Barbara County Sheriff’s Office will be charging Lyons with sales, possession in the facility and conspiracy to introduce narcotics into the facility.  She is being held on $280,000 bail.