Velazquez was arrested by the Santa Maria Police Department on July 11, 2020 and was housed in the intake quarantine area. He tested positive for COVID-19 on July 16, 2020 and was rehoused in medical isolation. Velasquez began experiencing COVID-19 related complications and was hospitalized from July 17, 2020 until July 29, 2020. After his release from the hospital, Velazquez remained in medical isolation and was routinely checked during medical rounds. He was last checked by medical staff yesterday at 8:00 p.m. and exhibited no significant health issues at that time.

Velazquez’s next-of-kin have been notified. While his death appears to be due to natural causes, the Santa Barbara County Sheriff’s Office is conducting a death investigation to determine the official cause, manner, and circumstances of death. A final determination is pending an autopsy, toxicology, and lab results.

Sheriff’s deputies and County Air Support are assisting Coast Guard with report of a plane crash 2 miles off Campus Point. Coast Guard will be primary for this investigation. 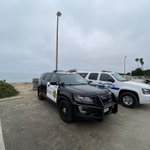 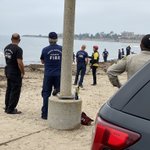