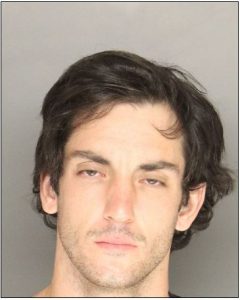 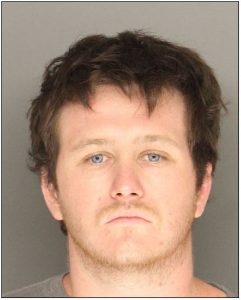 Isla Vista, Calif. – Two Oceanside men were arrested in Isla Vista over the weekend when they were found in possession of an array of illegal drugs. On Saturday, September 19, 2020, at approximately 1:50 a.m., patrol deputies conducted a traffic enforcement stop of a vehicle on Sabado Tarde Road in Isla Vista. When deputies contacted the occupants, Jerrod Kelly and Nicholas Lynch, both of Oceanside, they found that the driver did not have a valid license and they noticed a firework launching tube in the back seat.

As deputies investigated further, they found multiple Xanax and oxycodone pills, black tar heroin, a scale covered in residue, a small amount of cocaine, and over over $6,700 in cash. Both suspects were arrested for transportation for sales of a controlled substance (felony), possession of a controlled substance (misdemeanor), and conspiracy (felony). Kelly and Lynch were booked at the Santa Barbara County Main Jail and were released with zero bail pursuant to local court’s extension of Emergency Rule 4.