At approximately 3:40 a.m. this morning, October 31, 2018, Sheriff’s deputies were alerted to suspicious activity at the Rite Aid pharmacy located in the 600 block of Alamo Pintado in Solvang. When deputies arrived, they found obvious signs of a burglary. A dark colored Lexus sedan associated with the burglary was located by Sheriff’s deputies on Highway 101 heading northbound near Buellton before making a u-turn and heading southbound.

Deputies attempted to conduct a traffic stop but the suspect refused to yield.  Deputies and California Highway Patrol Officers pursued the vehicle down the Nojoqui Grade but discontinued the pursuit when speeds accelerated due to public safety concerns.  A Santa Barbara County Sheriff/Fire Air Support helicopter continued to track the vehicle and with the help of Santa Barbara County Public Safety Dispatchers provided critical information regarding the vehicle’s location to deputies and officers on the ground. 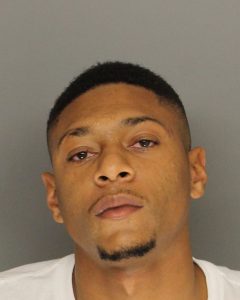 A search of the vehicle revealed a large amount of stolen prescription medication from Rite Aid.

The Sheriff’s Office is investigating the case to determine who else was involved in this crime.

If you have any information regarding this case, you are asked to please call the Sheriff’s Criminal Investigations Division at 805-681-4150.  To leave an anonymous tip, please call 805-681-4171 or go to our website at https://www.sbsheriff.org/home/anonymous-tip/.