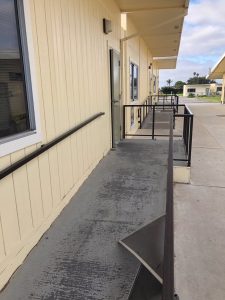 The Santa Barbara County Sheriff’s Office is requesting information regarding two separate incidents on school campuses in the North County.  The Sheriff’s Office is investigating the thefts of three stolen laptops at Buena Vista Elementary School in Vandenberg Village.  The first laptop was reported stolen out of a classroom on October 9, 2018.  On Sunday, October 14, 2018, two more laptops were discovered stolen.  In both cases, the suspect(s) appears to have gained entry into the classrooms by prying open a window and removing the screen.

The Sheriff’s Office is also investigating vandalism at Cabrillo High School in Lompoc.  This morning, October 15, 2018, Sheriff’s deputies responded to a report of vulgar graffiti and a broken classroom window on the campus.  Sheriff’s deputies also determined that the vandals had also attempted to steal a golf cart but were unsuccessful.  Fortunately, no items were reported stolen. 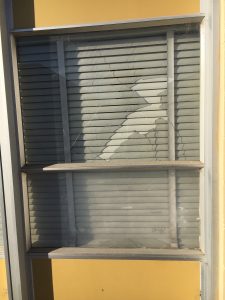 The Sheriff’s Office is investigating both cases and is asking anyone with information to please call School Resource Deputy Dennis Thomas at 805-737-7737 or if it is after hours, please call our non-emergency dispatch line at 805-683-2724.  To leave an anonymous tip, please call 805-681-4171 or go to our website at https://www.sbsheriff.org/home/anonymous-tip/.

The Sheriff’s Office takes crimes committed at our local schools very seriously.  Essentially, these thieves and vandals are stealing from our kids and their education.