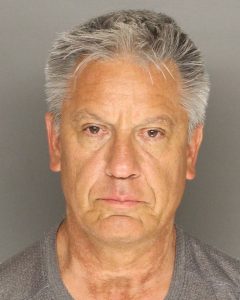 During the investigation, detectives identified 55-year-old Randall Nelson of Santa Maria as a local narcotics dealer.  On August 29, 2018, detectives followed Nelson to the City of Ventura and observed Nelson meet with two other individuals, later identified as 26-year-old Christian Omar Barcelo Mendoza of Baldwin Park and 24-year-old Julie Villa Roman of Baldwin Park.  While watching the meeting, detectives saw an exchange of a package and the parties separate.  Detectives continued following all the parties and observed Nelson enter a hotel room in the 300 block of E. Thompson Blvd.  Once Nelson was in the hotel room, detectives served a search warrant at the hotel room and found five ounces of methamphetamine, one ounce of heroin, evidence of sales, pepper spray, and narcotic paraphernalia.  Nelson was arrested for possession of methamphetamine and heroin for sale. 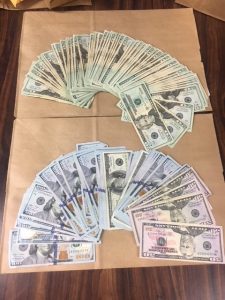 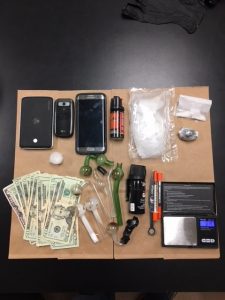 While detectives served the search warrant on Nelson, additional detectives followed the vehicle Mendoza and Roman were in south to the City of El Monte in Los Angeles County.  With the assistance of the Arcadia Police Department, the vehicle was stopped.  A two-year-old child was located in the car.  During a search of the vehicle, detectives located approximately $9,000 in cash.  Additionally, a narcotic detection dog alerted to several areas in the vehicle including the child’s car seat.