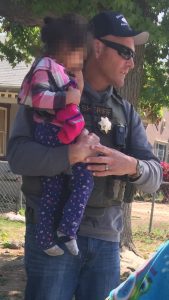 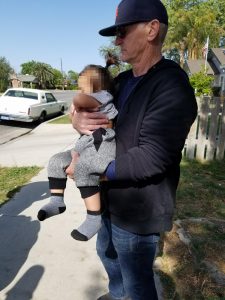 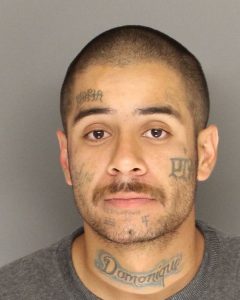 On Tuesday, April 10, 2018, Santa Barbara County Child Welfare Services (CWS) contacted the Compliance Response Team (CRT) and requested their assistance with locating three endangered children.  The father of the children, 26-year-old Angel Lopez, allegedly committed a violent attack against their mother while the children were present.  Lopez is a Los Angeles-based gang member who resides in Guadalupe, CA.  He is on Post Release Community Supervision (PRCS) for 10851 VC – Vehicle Theft, and was wanted on a felony No Bail arrest warrant.  Based on the recent assault, Lopez’s history of domestic violence and drug abuse, CWS concluded that Lopez’s children; ages 2 years, 1 year and 1 month old, needed to be taken into protective custody to ensure their health and safety.  It was also suspected that the mother of Lopez’ children was aiding Lopez by fleeing Santa Barbara County to help him avoid arrest, at the detriment of the children.  CWS made numerous attempts to contact the mother and locate the children; however, they were unable to find them.

CRT members initiated an exhaustive investigation into the whereabouts of Lopez, the 3 children and their mother.  Numerous locations were checked throughout Guadalupe and Santa Maria to no avail.  The investigation revealed that Lopez recently left town to avoid arrest by law enforcement and intervention by CWS.  On Wednesday, April 12, CRT members tracked Lopez to Bakersfield where he was in hiding.  CRT made telephone contact with Lopez and pleaded with him to allow a check the welfare of his children.  Lopez refused to cooperate, and he threatened to shoot at law enforcement if they attempted to take his children into protective custody.

During the early morning hours of Thursday, April 13, CRT members traveled to Bakersfield and quickly established covert surveillance on the 400 block of Quincy St.  Within a few minutes, Lopez was apprehended shortly after he left a residence.  Lopez’s three children and their mother were located nearby.  With the assistance of Kern County CWS, all three children were taken into protective custody and transported to Santa Barbara CWS.  The children were subsequently placed into emergency foster care.  Lopez was arrested on his No Bail warrant and for threatening an executive officer.  Lopez was transported back to Santa Barbara and booked into the Santa Barbara County Jail.