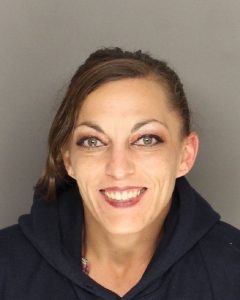 Two suspects are in custody following an investigation into a number of recent reports of thefts from autos, mail theft and identity theft.  The investigation began on December 17, 2018, when deputies assigned to the Santa Maria Station were dispatched to a report of a theft from a vehicle in Orcutt. Following this theft, the victim reported numerous fraudulent transactions using the victim’s credit and debit cards.

Surveillance obtained through several sources captured video of the suspect and a related vehicle which led deputies to ultimately be able to identify the suspect as being 34-year-old Andrea Reyes of Santa Maria. Deputies were able to contact and arrest Reyes on Christmas Eve, December 24, 2018.  During her arrest, more than 1000 items of property were found, including stolen US Mail and parcels, credit and debit cards as well as purses, bags, makeup, and a variety of newly bought store merchandise.

As owners of the items were contacted, it was apparent that Reyes’ thefts ranged from Goleta/Santa Barbara, Santa Maria and San Luis Obispo County and involved numerous victims. Deputies assigned to the Main Station in Santa Barbara had previously documented a number of thefts from vehicles.  While collaborating with the Santa Maria Deputies, the Main Station Deputies were able to link Reyes to their area thefts as well 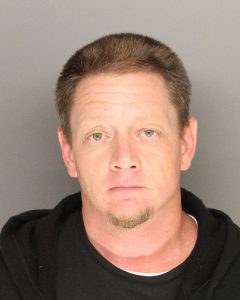 Through the course of the investigation, 40-year-old Dustin Kinsey of Santa Maria was also identified as being an involved suspect. On December 26, 2018, Deputies arrested Kinsey, for Possession of Stolen Property, Committing a Felony while on Bail, Intending to Avoid Vehicle Registration Requirements and Possession of Drug Paraphernalia. Kinsey was booked into the Main Jail with a bail of $20,000.

The investigation also led deputies to a storage unit in the City of Santa Maria where deputies served a search warrant today, December 27, 2018.  Deputies recovered a substantial amount of stolen property including electronics, purses, makeup and an unregistered firearm.

Due to the extensive number of items recovered, anyone with information that could assist investigators are asked to contact the Sheriff’s Santa Maria Station at 805-934-6150 or our non-emergency line at 805-683-2724.  For Anonymous Tips, please call 805-681-4171 or go to our website at: https://www.sbsheriff.org/home/anonymous-tip/.

The Sheriff’s Office wants to take this opportunity to remind community members to always lock their vehicles and never leave valuables in plain sight.  As in this case, many suspects are looking for crimes of opportunity.  This case is also an example of how having a home surveillance system can help investigators in the event you are a victim of a crime.  Remember to always report suspicious activity by calling 911.