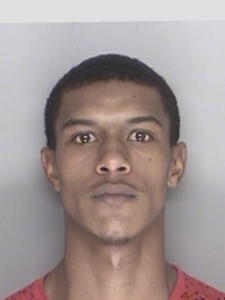 Detectives set up an “outcall” sting where an undercover detective contacted the female advertising prostitution related services on an online escort page.  The detective and the female then negotiated a sex act in exchange for money. After negotiating the sex act, detectives waited for the female to arrive at another hotel in the Goleta area.  Once the female arrived, she was contacted and detained for further investigation.  The female was ultimately found to be 18 years old.

While the female was being detained, additional detectives served a search warrant at the motel room where the female and her pimp had been staying in the city of Santa Barbara.  20 year-old Mikah D’Shawn Reese of North Highlands, CA was contacted at the motel room and detained.  Further investigation revealed that Reese was acting as a pimp for the female and eventually booked into the county jail for the violation of Penal Code sections 266(h)- Pimping and 266(i)- Pandering.  Reese’s bail is set at $200,000.

The female was offered the services of a specially trained human trafficking advocate from the Victim-Witness Program of the Santa Barbara County District Attorney’s Office and released on a citation of Solicitation of Prostitution.

The sting is part of an ongoing effort to combat human trafficking in the county assisted by a federal grant received in late 2016.  The grant funding helps agencies investigate, prosecute and provide victim services.

The Santa Barbara Sheriff’s Office along with the Santa Barbara District Attorney’s Office are committed to combatting all forms of human trafficking within Santa Barbara County and will continue to aggressively investigate and prosecute traffickers while also offering services for persons being trafficked.