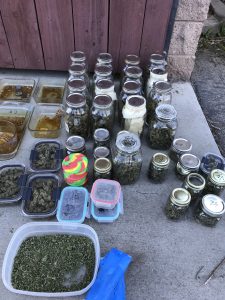 At approximately 2:45 a.m. this morning, December 13, 2018, Sheriff’s deputies, Santa Barbara County Fire and Lompoc City Fire personnel responded to the 3900 block of Marion Ct. for a reported explosion and fire.  Upon their arrival, Sheriff’s deputies noticed the residence shed was on fire and a 57-year-old male subject had been seriously burned.  Fortunately, his spouse managed to escape without injury.

The investigation revealed that the fire and explosion were the result of a potential drug lab.  Detectives with the Special Investigations Team, along with a County Arson Investigator, responded to conduct an investigation.  It was quickly learned the injured subject was, or had been, extracting hash oil in a makeshift clandestine lab, inside a detached shed, which is a highly flammable and dangerous process.  While doing this, an error occurred, which resulted in a large explosion that was felt throughout Vandenberg Village and resulted in the shed exploding, as well as damage to the residential structure, and a neighboring structure as well.  Damage consisted of obvious structural damage from the blast and from the fire. 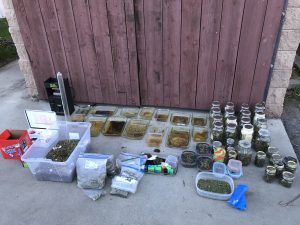 This afternoon, a search warrant was executed and detectives located a large amount of processed marijuana, hash oil and other forms of concentrated cannabis.

Due to the on-going investigation, the injured subject’s identity is not being released at this time. He is hospitalized and his condition is unknown.

The Sheriff’s Office wants to take this opportunity to remind community members that not only is the process of extracting oils from cannabis illegal it is also extremely dangerous.  In this case, it put not only the people living inside the home at risk, but also the surrounding neighborhood and nearby elementary school. 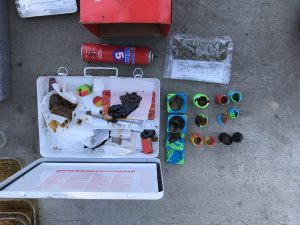 We encourage community members to report any activities potentially involving marijuana cultivation or extraction in a residential area.  Please provide tips by calling the Sheriff’s Anonymous Tip-Line at 805-681-4171 or by going to our website at https://www.sbsheriff.org/home/anonymous-tip/