Suspect Arrested After Pulling A Knife 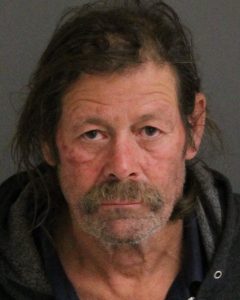 At approximately 2:50 p.m on December 2, 2018, the Santa Barbara County Public Safety Dispatch Center received a call from a witness who stated a suspect was being held down after pulling a knife in the 100-block of South Turnpike Road in the unincorporated area of Santa Barbara.  Upon the deputy’s arrival, the suspect was contacted and taken into custody. During the course of the investigation, it was determined the suspect had pulled a knife and slashed the victim’s hand after a verbal altercation.  Both the suspect and victim received minor injuries.  The victim was treated at the scene by paramedics from Santa Barbara County Fire.  The suspect, identified as being 65-year-old Scott Luikart of Santa Barbara was transported to Cottage Hospital by American Medical Response and treated for minor injuries.

Luikart was arrested and booked into Santa Barbara County Jail for Assault with a Deadly Weapon and is being held on $30,000 bail.