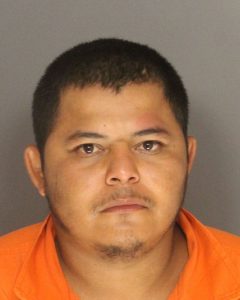 Goleta, Calif. –  On Tuesday, September 29, 2020 at approximately 6:24 p.m. deputies were dispatched to the 5400-block of Hollister for a 9-1-1 call of a sexual assault that had just occurred. When deputies arrived, they contact the reporting party along with the victim at a nearby business. The reporting party called 9-1-1 after hearing a someone calling out for help and then finding a woman who was partially clothed running toward the business. Deputies quickly learned that the suspect had fled the area in a vehicle just prior to their arrival in a silver colored Volkswagen Beetle. The victim, who had serious injuries, was given medical attention at the scene. The victim described a violent attack and sexual assault that she had narrowly escaped.

After the initial response and searches, deputies and detectives conducted extensive follow-up on this case, and Forensics Technicians responded to collect and document evidence. There are no outstanding suspects. Anyone with additional information about this incident or the suspect is encouraged to contact Detective Nuñez at (805)681-4150.  If you prefer to remain anonymous, you can provide information by calling our tip line at (805)681-4171 or online at SBSheriff.org