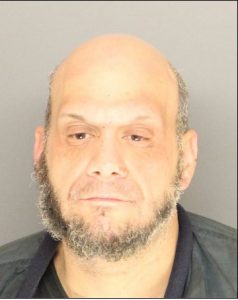 At approximately 3:00 a.m., on June 5, 2019, Deputies with the Santa Barbara County Sheriff’s Office responded to the 6500 block of Camino Venturoso in Goleta on a reported suspicious subject in a parked vehicle. 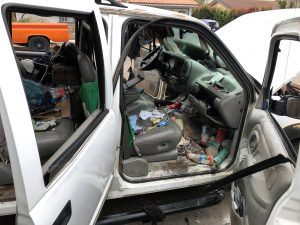 The suspect, 43-year-old James Girona of New York, was located at the scene and treated for minor injuries. During the initial assessment, it appeared Girona was likely operating a clandestine drug lab.  Detectives assigned to the Special Investigations Bureau responded and further investigation revealed Girona had been using volatile chemicals as part of a suspected Butane Honey Oil (BHO) extraction, when something went wrong, sparking the explosion.  A search of the suspect’s vehicle yielded several items related to the alleged crime, as well as a live alligator snapping turtle Girona had brought with him from New York. The turtle was uninjured during the explosion and has been released to a local animal shelter 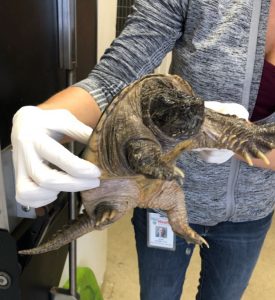 Girona was ultimately arrested and booked for charges related to manufacturing a controlled substance in violation of 11379.6(a)HS, a felony. His bail has been set at $75,000.

The Sheriff’s Office wants to take this opportunity to remind community members that not only is the process of chemically extracting oils from cannabis illegal, it is also extremely dangerous.  In this case, it put not only Girona at risk, but those in the surrounding residences as well.  We encourage community members to report any activities potentially involving marijuana cultivation or extraction in a residential area.  Please provide tips by calling the Sheriff’s Anonymous Tip-Line at 805-681-4171 or by going to our website at https://www.sbsheriff.org/home/anonymous-tip/