Suspect in Custody for Stabbing on Monday Night 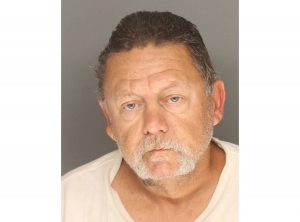 Goleta, Calif.  –  On Monday, November 18, 2019, at approximate 8:43 p.m., Sheriff’s Deputies responded to Goleta Valley Cottage Hospital to investigate a report of a victim who had been stabbed. The stabbing occurred at a transient encampment near the dead end of Ward Drive on Monday night.  A subsequent investigation of the incident resulted in the identification and arrest of the suspect, 58-year-old Glenn Allen Ray, of Camarillo. Ray was arrested on Tuesday, November 19, 2019 and booked at the Santa Barbara Main Jail for attempted murder and driving on a suspended license. He is currently being held on $1,000,000 bail. The victim has not yet been released from the hospital.