Suspect Wanted for a String of Burglaries in Los Olivos 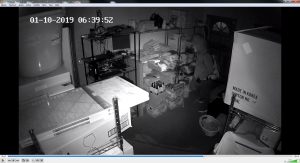 The Santa Barbara County Sheriff’s Office is requesting public assistance to help locate a suspect who is believed responsible for a string of burglaries and attempted burglaries in Los Olivos this past week.  Two businesses were hit yesterday, January 10, 2019 and six office buildings on January 8, 2019.  The suspect appears to be a young white male adult who is targeting his locations in the early morning hours and in many of the cases drills the lock out to force entry into the establishments. 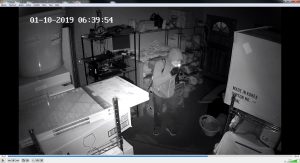 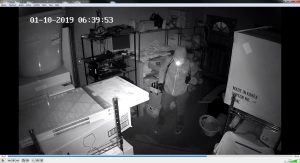 At approximately 8:20 a.m. on January 8, Sheriff’s deputies received a report that a business has been broken into in the 2900 block of San Marcos Avenue in Los Olivos.  Sheriff’s deputies responded and upon further inspection of the business and surrounding offices in the business complex, determined that three other offices in the complex and two nearby businesses also located in the 2900 block of San Marcos Avenue had all been impacted.  Four of the six were burglarized and various items were stolen. 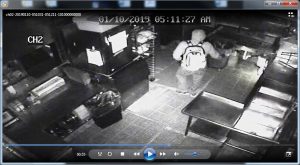 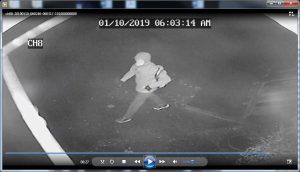 At approximately 7:00 a.m., yesterday on January 10, 2019, Sheriff’s deputies responded to an alarm call at the Figueroa Mountain Brewery Company located in the 2300 block of Alamo Pintado Ave. in Los Olivos.  Upon arrival, deputies found an open door but no forced entry and no suspect.  An hour later at 8:00 a.m., they were notified of a burglary that occurred in the same block of Alamo Pintado Ave. at Sideways Hardware and Shoes- A Brother’s Restaurant.  The suspect forced the safe open and made off with an undisclosed amount of cash.  Images of the suspect were captured on surveillance video.  During the investigation, the Figueroa Mountain Brewery surveillance video confirmed the same suspect had entered the establishment through a window but fled when the alarm was activated.  He made off with an undisclosed amount of tip money.  The suspect was wearing jeans, a hooded sweatshirt, a backpack, running shoes and a white mask The Sheriff’s Office is conducting an investigation.  Anyone with information is asked to contact the Sheriff’s Solvang substation at 805-686-5000.  For anonymous tips, please call 805-681-4171 or go to our website at  https://www.sbsheriff.org/home/anonymous-tip/. The Sheriff’s Office encourages businesses to keep doors and windows locked and double check them, have a surveillance and alarm system in place and always report suspicious activity to law enforcement right away.