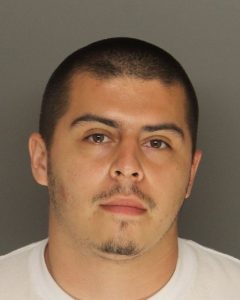 Summerland, Calif. – On Wednesday, August 12, 2020 at around 12:41 a.m., Sheriff’s deputies responded to a report of a stabbing victim at a local hospital. When they arrived at the hospital, deputies were directed to a victim who had a significant stab wound to the upper body. Deputies later determined that the stabbing had occurred at a hotel in the 2100-block of Ortega Hill Road in Summerland. Criminal Investigations Bureau (CIB) detectives and Forensics responded to the scene of the stabbing for further investigation.

The victim was briefly hospitalized and is expected to recover. Detectives are not searching for any additional suspects.