On April 14, 2018, at approximately 1253 hours, Sheriff’s deputies responded to a report of a residential burglary in progress in the 300 block of Second Street in the City of Solvang. A witness observed two male suspects leaving her neighbor’s residence carrying property and they were not associated with the residence. The two subjects were observed getting into a black four door Honda Civic with a smashed front windshield and fleeing from the residence with another male subject driving the vehicle.

Shortly after the initial call for service, deputies observed the vehicle traveling westbound on Highway 246 and conducted a traffic stop with the vehicle. Located inside of the vehicle, were three male occupants who were in possession of burglary tools (lock picks, glass cutter, mask, and putty knife), a stolen shotgun from the victim’s residence, and other suspected stolen property. 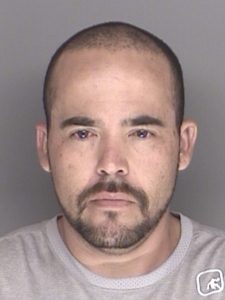 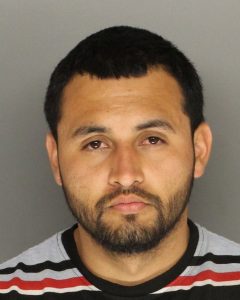 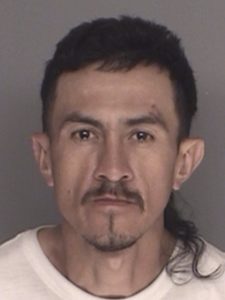 All of the subjects were positively identified by the witness and booked into the Santa Barbara County Jail.

Francisco Omar Lozano was booked for residential burglary, conspiracy, possession of burglary tools, a convicted felon in possession of a firearm, providing false information to a peace officer, and two active warrants.

The City of Solvang contracts with the Santa Barbara Sheriff’s Office for law enforcement services.