Three Suspects Arrested From a Residence Being Used to Manufacture Narcotics

At approximately 10:00 a.m., on December 31st 2018, Deputies with the Santa Barbara County Sheriff’s Office conducted a narcotics related investigation at a home in the 100 block of Nogal Drive in Santa Barbara.  As a result of the investigation, it was discovered the owner of the property, 52 year old Charles Romanus of Santa Barbara, a convicted felon, was operating a house where narcotics were being manufactured by means of a clandestine lab. Evidence collected indicated narcotics were also being sold and used at the location. Multiple items of evidence, including a firearm, were located as well as chemicals, dozens of syringes, and other narcotics related paraphernalia. During the investigation, it was also learned that a local pre-school was also located on the property. Harmony Pre-School, which has approximately eleven students ages 2 – 5 has been operating for the past 11 years at that location, and is just feet from where narcotics were being made, sold, and used.  An evacuation of the school was attempted, but due to the holiday break, no students were present.

Romanus, whose bail has been set at $100,000 was booked into the Santa Barbara County Jail along with Brandon Topete, for narcotics related charges and a felony warrant for robbery. Henry Hewitt was also arrested for impersonating another and forgery.

Detectives with the Special Investigations Bureau along with Santa Barbara County Fire Department responded and removed harmful chemicals from the residence associated with narcotics manufacturing.

Along with owning the residence that Harmony Pre-School operates from, Romanus also operated a non-profit animal rescue facility on the property. A total of 6 cats were collected by S.B. Co. Animal Control.

The safety and welfare of the citizens of our county, including all children, is the top priority of the Santa Barbara County Sheriff’s Department. Anyone with information regarding this incident, or who have children who attend Harmony Pre-School, are asked to please call the Sheriff’s Office at 805-681-4100 if you are concerned about possible exposure risks your child may have had.  To leave an anonymous tip regarding this or any other crime you have information about, please call 805-681-4171 or go to https://www.sbsheriff.org/home/anonymous-tip/. 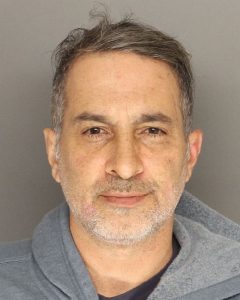 11366HS  – Operate or maintain a place for Narcotics use 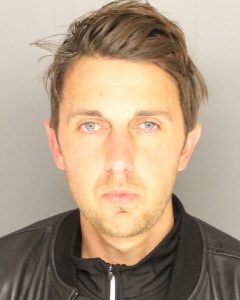 Charges :  529 PC- False Impersonation of another 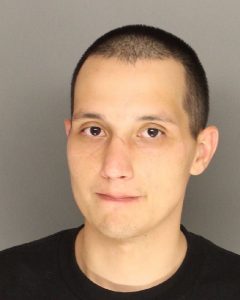