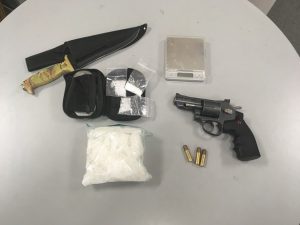 Carpinteria, Calif. – On Tuesday, February, 11, 2020 at 12:03 in the morning, Sheriff’s Deputies conducted a traffic stop of a black Chevrolet Equinox traveling northbound on Highway 101 at Casitas Pass. During the stop, deputies searched the vehicle and found nearly one pound of methamphetamine concealed in the dashboard with a replica firearm. Also, in the vehicle they found prescription medication that did not belong to the suspect. The driver, 53-year-old John Scott Bavaro of Buellton was arrested.

A few hours later, narcotics detectives wrote and served a search warrant at the suspect’s residence in the 400-block of Avenue of The Flags in Buellton. At the residence, detectives located evidence of drug sales, an additional seven grams of methamphetamine, and four grams of psilocybin mushrooms. 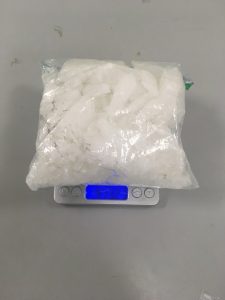