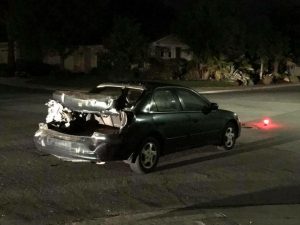 At approximately 9:10 p.m. last night, June 18, 2018, several Buellton residents reported seeing a green truck driving away after striking several cars on Valley Dairy Rd. At least one vehicle was heavily damaged. A vigilant citizen directed Deputies to a motel in the 500 block of Avenue of the Flags where they had seen the suspect vehicle.

The driver of the vehicle, 37-year-old Stuart McInnes of Buellton, was contacted by deputies at the motel. Deputies conducted a driving under the influence (DUI) investigation. Their investigation revealed that McInnes’ blood alcohol content was more than twice the legal limit.  McInnes was arrested and booked into the Santa Barbara County Jail for driving while intoxicated. Fortunately, no one was injured during this incident. 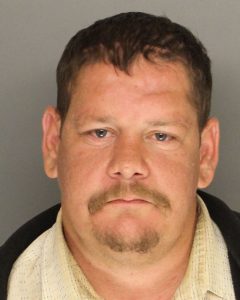 The Sheriff’s Office would like to thank the Buellton community members who helped locate this driver. Their diligence likely prevented more damage and possible injury.