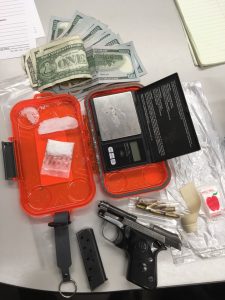 At approximately 7:18 p.m. on February 17, 2019, a deputy assigned to the Santa Maria Sheriff’s Station attempted to stop a vehicle in the area of S. Bradley Rd and Larch Ave.. The vehicle was eventually stopped on Shady Glen Dr. and the two occupants contacted. A search of the vehicle resulted in the seizure of a loaded pistol with its serial number removed, approximately ½ ounce of methamphetamine, sales paraphernalia and other drug paraphernalia.

The driver, identified as 29-year-old Kevin Scott Ussery of Santa Maria was arrested for Evading a Peace Officer, Possession of Methamphetamine, and Possession of Drug Paraphernalia. Ussery was also booked on warrants for Identity Theft and Grand Theft.  He is being held on $70,000 bail. 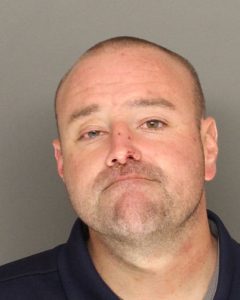 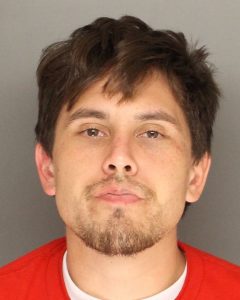 The Santa Barbara Sheriff’s Office prides itself on maintaining contact with our communities. Our neighbors can reach us at the Sheriff’s Santa Maria Station at 805-934-6150 or our non-emergency line at 805-683-2724.  For Anonymous Tips, please call 805-681-4171 or go to our website at: https://www.sbsheriff.org/home/anonymous-tip/.