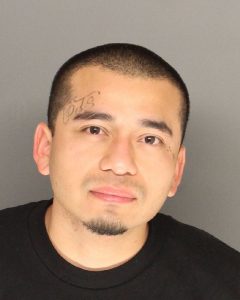 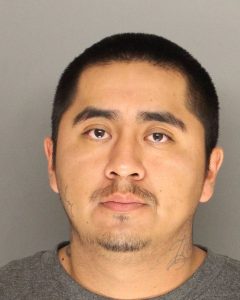 Just after midnight this morning, January 11, 2019, a University of California, Santa Barbara Police Officer, assigned to the Isla Vista Foot Patrol (IVFP) station, was on routine patrol in the Isla Vista area. The UCPD officer attempted to conduct a traffic stop on a silver sedan for an equipment violation. The driver refused to yield and a pursuit ensued in the northern western side of Isla Vista.

During the pursuit, items were thrown out of the vehicle. Among the items that were ultimately recovered included a replica airsoft handgun, black ski mask, hammer and a blue bandana. After a short vehicle pursuit, the vehicle stopped at Fortuna Rd. at Fortuna Ln. in Isla Vista. Three males and a female exited the vehicle and fled on foot. One of the male passengers was quickly apprehended after a short foot pursuit. Sheriff’s deputies, including a Sheriff’s K9 team, along with UCPD officers, responded to the scene and set up a perimeter.

During the search for the suspect, an Isla Vista resident called 911 to report an unknown male entered their home on Fortuna Road, but left out the front door when confronted by the residents. Units continued to search the area for several minutes before a deputy sheriff on bicycle patrol spotted a male hiding underneath a parked truck in a driveway on Fortuna Road. The male, who was identified as the driver, was taken into custody without incident. After a thorough search of the area, the other male passenger and female passenger were not located and are still outstanding. IVFP is continuing the investigation and following up on leads on the identity of the two outstanding suspects.