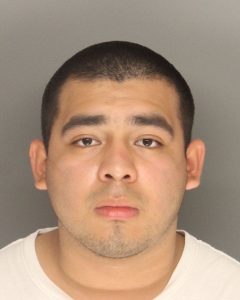 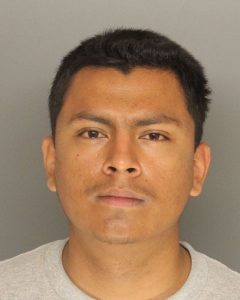 Goleta, Ca. – As part of the ongoing investigation into a gang related attempt homicide that occurred in Goleta on March 6, 2020, detectives served a search warrant in the 100-block of Alisos Street in the City of Santa Barbara on May 14, 2020. During the service of the warrant, 18-year-old Miguel Angel Arizmendi was contacted and ultimately arrested for participation in a gang (felony), assault with a deadly weapon (felony), and accessory charges for his part in the attempt homicide (felony). He was booked into the Santa Barbara County Jail with bail set at $100,000.

On May 15, 2020, detectives served a related arrest warrant for 18-year-old Kevin Vasquez Fernandez in the 1200-block of Quinientos Street in the City of Santa Barbara. Fernandez was arrested for the attempt homicide (felony) in association with a criminal street gang (felony), conspiracy (felony), assault with a deadly weapon (felony), and inflicting bodily harm during the commission of a felony (felony). He was booked at the Santa Barbara County Jail with bail set at $1,000,000.

The two arrests this week are in addition to five arrests made in March and April for the same case.

Goleta, Ca. – This morning, 4/14/2020, Sheriff’s detectives serve a second round of search warrants stemming from incidents that occurred in March, resulting in the arrest of five juveniles. On Friday, March 6, 2020 at 7:46p.m., deputies responded to the 5700-block of Hollister Avenue in Goleta for a report of a violent assault. Deputies located a 14-year-old victim who had severe injuries, including multiple lacerations to his head. The victim was immediately transported to a local hospital for emergency care. A second victim was also attacked less severely. The suspects fled the area prior to the arrival of responding deputies. Deputies later learned that several suspects had attacked the victims with weapons including hammers, bats, pipes and a machete.

Later that same evening, at 9:42 p.m., deputies responded to the 4500-block of Carpinteria Avenue in Carpinteria to investigate another reported fight. Deputies learned that several male suspects, armed with the same variety of weapons, had attempted to assault another group of males. No victims were injured during this assault, and the suspects fled the area before deputies arrived.

The Sheriff’s Office would like to remind the public we serve that during this challenging time, we remain steadfast and diligent in seeking out and bringing to justice criminal offenders.