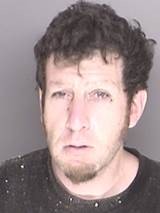 On Tuesday, 07-10-18, at approximately 2:00 PM, deputies from the Compliance Response Team (CRT) conducted a traffic stop on a black Dodge Caravan, after the vehicle was observed travelling through a stop sign without coming to a complete stop at the intersection of Duvali Street and Estriga Lane in the city of Santa Maria.  The driver of the vehicle initially yielded to the deputies, but upon their approach the driver quickly fled in the vehicle.  Before the deputies could get back to their vehicles, the driver of the minivan lost control and crashed through a concrete gate and into a kids play area in the Westgate Courtyard Apartments, where several children were playing.

Witnesses identified the driver as 33-year old Saam Massoudi of Santa Maria, who deputies knew had a warrant issued for his arrest.  Massoudi and an unknown passenger fled from the vehicle. 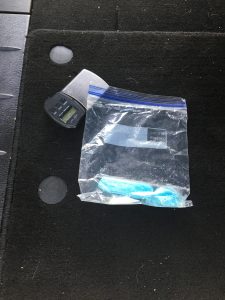 During a search of the vehicle being driven by Massoudi, with the assistance of a Santa Barbara Sheriff’s K9 trained to seek and locate narcotics, deputies located a bag containing 35.1 grams of suspected methamphetamine, as well as a digital scale believed to help facilitate in the sales of narcotic.

Saam Massoudi is currently wanted by the Santa Barbara Sheriff’s Office for his outstanding felony warrants, plus several charges related to his actions from today, including willfully fleeing law enforcement officers in a vehicle without disregard for the safety of others, hit-and-run and possession of methamphetamine for sales. 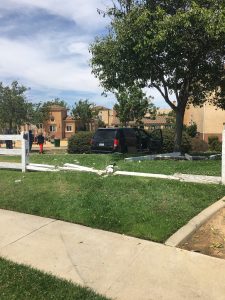