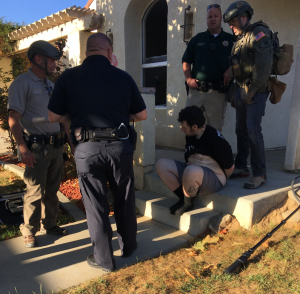 At approximately 7:00 a.m. yesterday, September 13, 2018, members of the AB109 Compliance Response Team (CRT) developed information that wanted Post-Release Community Supervision (PRCS) offender, 35-year-old Saam Massoudi of Santa Maria was hiding out at a home on the 1900 block of Estriga Ct. in Santa Maria.  Massoudi had a no bail warrant for his arrest due to absconding from the terms of his probation.

Massoudi is on probation for being a felon in possession of a firearm and possession of methamphetamine for sales.  Additionally, Massoudi was the subject of a prior barricade at this same residence in October 2017, when he resisted law enforcement’s efforts to take him into custody on a prior arrest warrant. 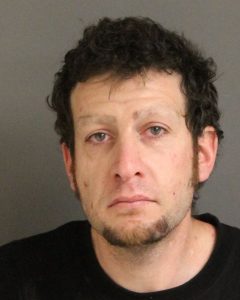 Sheriff’s personnel forced entry into the residence and found Massoudi barricaded in a rear bedroom.  Massoudi refused to comply with deputies’ commands to show his hands and remove himself from his barricaded position.  Due to Massoudi’s non-compliance, a single less lethal foam munition was launched, striking Massoudi in his torso.  Massoudi complied after being struck by the less lethal munition and was taken into custody.