At approximately 6:20 a.m. this morning, April 4, 2019, Sheriff’s deputies conducted a traffic enforcement stop of a vehicle in the area of Union and Twitchell in Orcutt.  The driver, 35-year-old Nestor Sanchez of Carpinteria was found to have an outstanding warrant for a series of forgeries and thefts out of the Santa Ynez Valley area.  Sanchez’ passenger, 32-year-old Dane Malone of Santa Barbara, was arrested for drug related charges after deputies located small quantities of methamphetamine and narcotic smoking paraphernalia inside the vehicle. 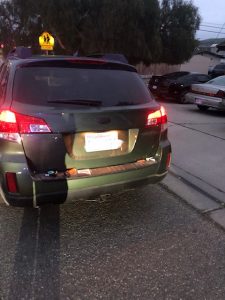 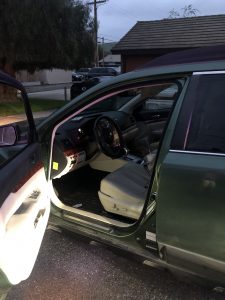 During the course of the investigation, it was determined that the vehicle Sanchez was driving had recently been stolen from the Isla Vista area and the license plate had been stolen from the Carpinteria area.  Deputies also discovered evidence of mail theft and items that link Sanchez to other burglaries and thefts of power tools and bicycles throughout Santa Barbara County. 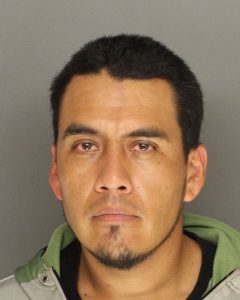 Sanchez was ultimately arrested for receiving stolen property, mail theft, possession of a controlled substance, a probation violation and the warrant.  He is being held without bail at the Santa Barbara County Jail due to his probation violation.  Malone was cited and released.

The majority of items are believed to have been stolen from the Carpinteria, Santa Barbara, and Santa Ynez Valley areas.  Follow up is being conducted with local pawn shops in an attempt to recover some of the stolen items.  This investigation is ongoing and additional victims, if identified, will be contacted.

If you have any information that would assist investigators, you are asked to contact the Santa Barbara County Sheriff’s Office at 805-686-5000 or to leave an anonymous tip please call 805-681-4171 or go to our website at https://www.sbsheriff.org/anonymoustips.html