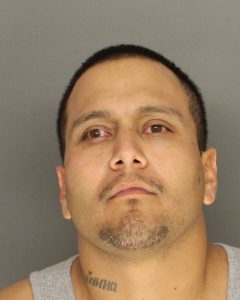 On Friday, October 12, 2018, members of the AB109 Compliance Response Team (CRT) conducted an investigation into the whereabouts of wanted Post-Sentencing Supervision offender, 35 year-old Erik Duran.  Duran, a convicted felon and resident of Santa Maria, had a no bail warrant for his arrest due to absconding from the terms of his AB109 probation.  In the afternoon, CRT members tracked Duran to a storage facility located on the 300 block of Roemer Way in Santa Maria.

CRT located Duran inside the rear cargo area of a vehicle parked near a storage unit.  Upon contact, Duran fled from CRT members, leading them on a brief foot pursuit.  Duran was apprehended after a short chase. 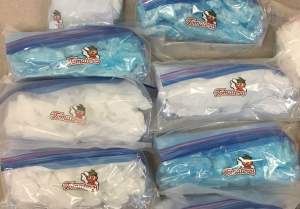 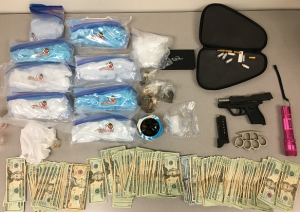 A search of Duran’s vehicle revealed 7 ½  pounds of methamphetamine, ½ pound of heroin, over $3000 in cash, a loaded 9mm semi-automatic handgun, 17 rounds of handgun ammunition, brass knuckles and a taser disguised as a flashlight. 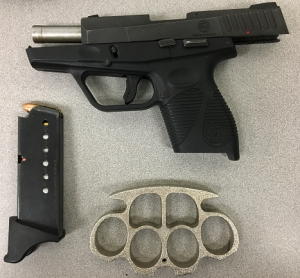 Duran was booked into Santa Barbara County Jail on the following charges: