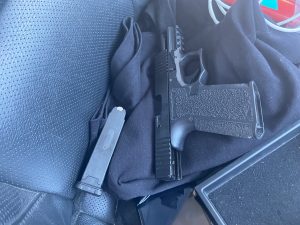 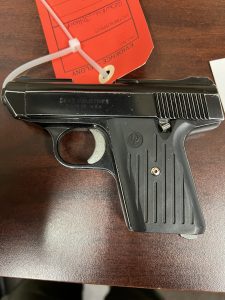 The second, and unrelated incident was on Thursday, January 27, 2022, in the 100-block of E. Hwy 246 in Buellton. At approximately 12:07 p.m., deputies were dispatched to a citizen report of a suspicious subject in a vehicle. Deputies stopped the vehicle and three occupants in the nearby area. During a search of the vehicle, deputies found a loaded handgun underneath the driver’s seat and a large amount of cannabis. Deputies arrested the driver of the vehicle, 49-year-old Johnny Boswell of Auberry, for carrying a loaded firearm in public (misdemeanor), possession of a loaded firearm- not the registered owner (misdemeanor), and possession of more than 28.5 grams of cannabis (misdemeanor). Boswell was booked at the Main Jail and later cite released. The two adult passengers in the vehicle were also issued citations for the cannabis and released at the scene.

The Sheriff’s Office would like to thank the observant community members who called in these suspicious subjects. These citizens took the time to reach out when they noticed something suspicious and provide helpful information for deputies who responded to the area. With the help of the community, deputies were able to safely seize two illegally possessed weapons.