The South County Operations Division is under the management of Commander Brad Welch and maintains three primary patrol stations each which are commanded by a Sheriff’s Lieutenant. 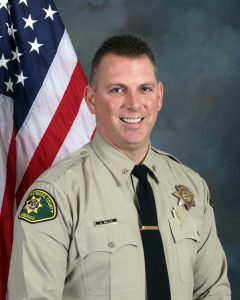 The areas include the Coastal Station in the City of Carpinteria, the Goleta Station located at Sheriff’s Headquarters, and the Isla Vista Foot Patrol Station located in Isla Vista adjacent to the campus of the University of California. A satellite office is located at the Camino Real Marketplace in Goleta. The division is responsible for the geographic area from the Ventura/Santa Barbara county line to the Gaviota tunnel and from the Channel Islands to include the Santa Ynez Mountain range.

Due to response times, the South County Operations Division includes the Santa Ynez River Recreational area of the Los Padres National Forest. This division also has jurisdiction over Channel Islands National Park consisting of San Miguel, Santa Rosa, Santa Cruz, and Anacapa Islands. Also located within the South County Operations Division are two of our four contract cities, Carpinteria and Goleta. These two incorporated cities contract with the Sheriff’s Office for law enforcement services rather than having their own police departments. The cities have contracted for law enforcement services that best meet their individual needs. Both cities have contracted for general law enforcement, investigative services, the City of Goleta has a School Resource Deputy and has augmented traffic safety contracting for a traffic unit consisting of four motorcycle officers; while the City of Carpinteria had augmented it’s services with a City Resource Deputy. The lieutenants responsible for the cities of Carpinteria and Goleta, respectively, also serve as the Chief of Police Services for their city.