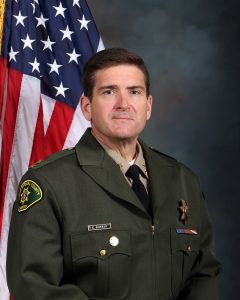 Approximately 38% of the agency’s total personnel are assigned to Law Enforcement Operations; therefore, it is the most noticeable branch of the department. The North and South County Operation Divisions are both arguably the most visible part of the Law Enforcement Branch. Deputies assigned to those divisions are part of the patrol forces and making the rounds in county areas in marked Sheriff’s patrol vehicles.

At 10:43pm on 2/28 deputies responded to the 1800-blk of Ironwood for a domestic disturbance. One victim has been confirmed as deceased and one suspect is in custody. We do not believe there are outstanding suspects at this point. As information becomes available we will update.